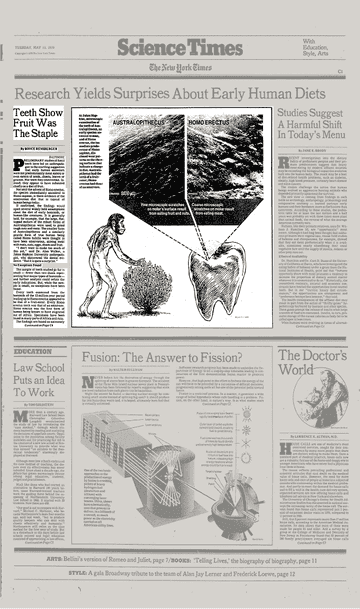 The article as it originally appeared.
May 15, 1979, Page 1 The New York Times Archives

PRELIMINARY studies of fossil teeth have led an anthropologist to the startling suggestion that early human ancestors were not predominantly meat eaters or even eaters of seeds, shoots, leaves or grasses. Nor were they omnivorous. Instead, they appear to have subsisted chiefly on a diet of fruit.

Not until the advent of Homo erectus, the species immediately ancestral to Homo sapiens, is there evidence of the omnivorous diet that is typical of human beings today.

If confirmed, the findings would upset several widely held assumptions about the diet of early hominids, or human‐like creatures. It is generally held, for example, that the large, flattopped molars of the robust forms of Australopithecus were used to grind tough nuts and mots. The smaller form of Australopithecus and a similarly gracile form of true human being called Homo habilis were thought to have been omnivorous, mixing meat with roots, nuts; eggs, shoots and fruit.

“I don't want to make too much of this yet,” said Dr. Alan Walker, a Johns Hopkins University anthropologist, who discovered the dental evidence. “But it is quite a surprise.”

The sample of teeth studied so far is small — fewer than two dozen representing four major types of hominids —and further analysis could refute the early indications. But, while the sample is small, no exceptions have been found.

Every tooth examined from the hominids of the 12‐million‐year period leading up to Homo erectus appeared to be that of a fruit‐eater. Every Homo erectus tooth was that of an omnivore. Homo erectus was the first form of human being known to have migrated out of Africa. Specimens have been found in many parts of Africa and Asia.

The findings are based on extremely detailed analysis of the microscopic wear patterns on the chewing surfaces of the teeth. The method, which Dr Walker invented, uses a scanning electron microscope to see scratches and pits that are invisible to the naked eye,

Dr. Walker has found that different kinds of food contain materials that mar the enamel surface of a tooth in characteristic ways. It is possible even to distinguish between a grass‐eater and a leaf‐eater because each food con. tains characteristic types and quantities of silica crystals that. form naturally within plant cells. These crystals, called phytoliths, are harder than tooth enamel and scratch it slightly as the animal chews its food.

Grasses contain a much higher proportion of phytoliths than do leaves of bushes and trees. Fruits contain almost none at all. As a result, fruit eaters’ teeth are highly polished, lacking any of the wear patterns characteristic of other food sources. Meats contain no phytoliths but the teeth of carnivores show scratches caused by crunching into bone.

Using the teeth of various living mammals whose diets are known, Dr. Walker has established that the basic pattern of microwear on teeth is fairly consistent from one species to another. This is largely because tooth enamel is essentially the same substance throughout the animal kingdom:

To prove his method, Dr. Walker has compared the microwear patterns on closely related species of animals that are known to have different feeding habits. For example, of two closely related species of hyrax (rodent‐sized hooved mammals sometimes called conies), one feeds predominantly on grass while the other is a browser, eating leaves of bushes and trees. Their teeth can be told apart easily using scanning electron microscope.

Dr. Walker has established similar patterns in the various types of wild pig, such as warthog, and among number of monkeys and apes. It is against these patterns that the hominid teeth are checked.

To examine teeth with the scanning electron microscope, Dr. Walker must mount the tooth crowns on metal stubs that will hold them inside the microscope's vacuum chamber and then coat the crown with a gold‐palladium alloy that reflects the instrument's electron beam. (It is the reflected electron beam that the microscope detects and manipulates electronically to enlarge the image and display it on a special television screen. Hominid teeth are considered priceless relics and are not handed out by their discoverers to be treated this way, not even to Alan Walker, who is a close colleague of many of the leading finders of hominid fossils. Therefore, Dr. Walker developed a method of making replicas of the teeth by casting them in epoxy. The method does not alter the fossil but does pick up all the microscopic detail make the analyses.

If it is true that the earliest hominids were all predominantly fruit eaters, the fact would suggest a way of life more like that of chimpanzees living in forests than most anthropologists had suspected.

Dr. Walker notes, however, that fruit diet need not resemble what Americans consider a fruit diet —oranges, plums, apples, bananas and other extremely sweet and soft items Hundreds of plants produce fruits that are tougher, more substantial foods The pod of the acacia tree is one, for ex ample, that is quite common in Africa today. It grows in lightly forested regions close to the grasslands usually considered to have been the home of early hominid. 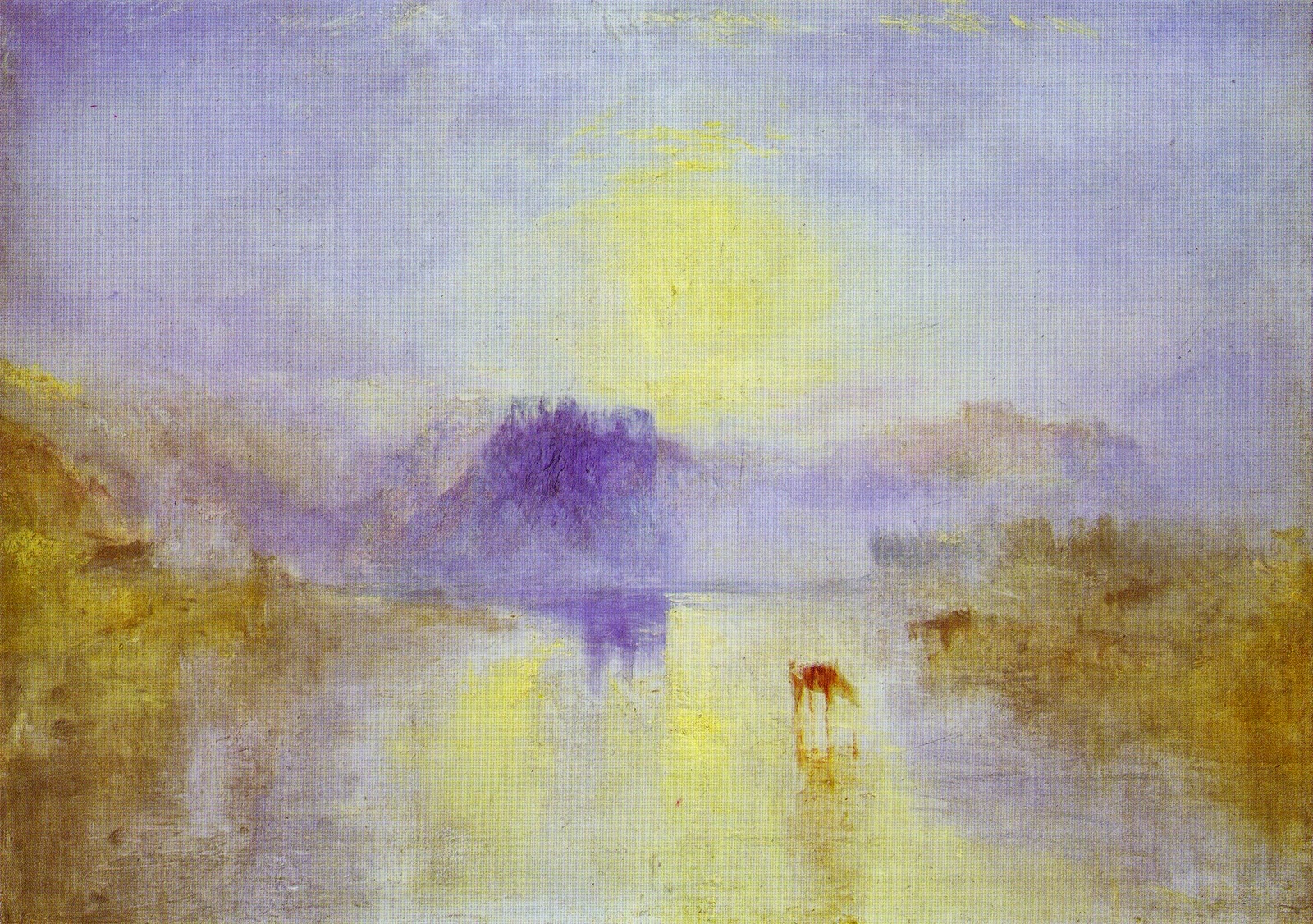